The empowering voices behind Maricopa County’s Voices for CASA Children 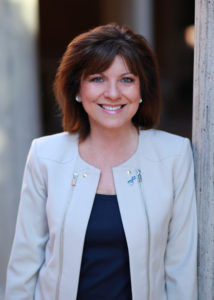 Victoria Strayer – President, Chair of Governance and Executive
Victoria Strayer is Board President and a founding member of Voices for CASA Children. As a CASA volunteer, she has advocated for four children and been a Peer Coordinator in the CASA of Maricopa County program. Victoria believes that every individual is empowered and accountable to enrich the lives of others and is committed to bringing the positive impact of a CASA volunteer to more children in Arizona.

Victoria serves with VOICES as a volunteer. In her corporate role, she is SVP of Risk and Compliance at Global Payments, a leading world-wide payments technology company. Victoria has two daughters, four grandchildren and is an Arizona native. 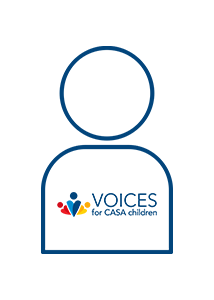 Kirsten Wright – Vice President
Kirsten joined the Board at Voices for CASA Children in 2020, and serves as the 2021 Board Vice President. She brings with her a depth of understanding of child welfare advocacy, both professionally and from involvement in the nonprofit sector. Kirsten began her legal career working for a small firm representing parents and children in dependency and severance actions. In 2011, she joined the Office of the Arizona Attorney General, Protective Services Section, representing the Department of Child Safety in dependency.

Today, Kirsten maintains a law practice of her own representing children and parents involved in dependency and severance cases and continues to advocate for Arizona families.  In addition to being a champion in the field of child welfare, she is an Arizona native and a die-hard Wildcats fan! 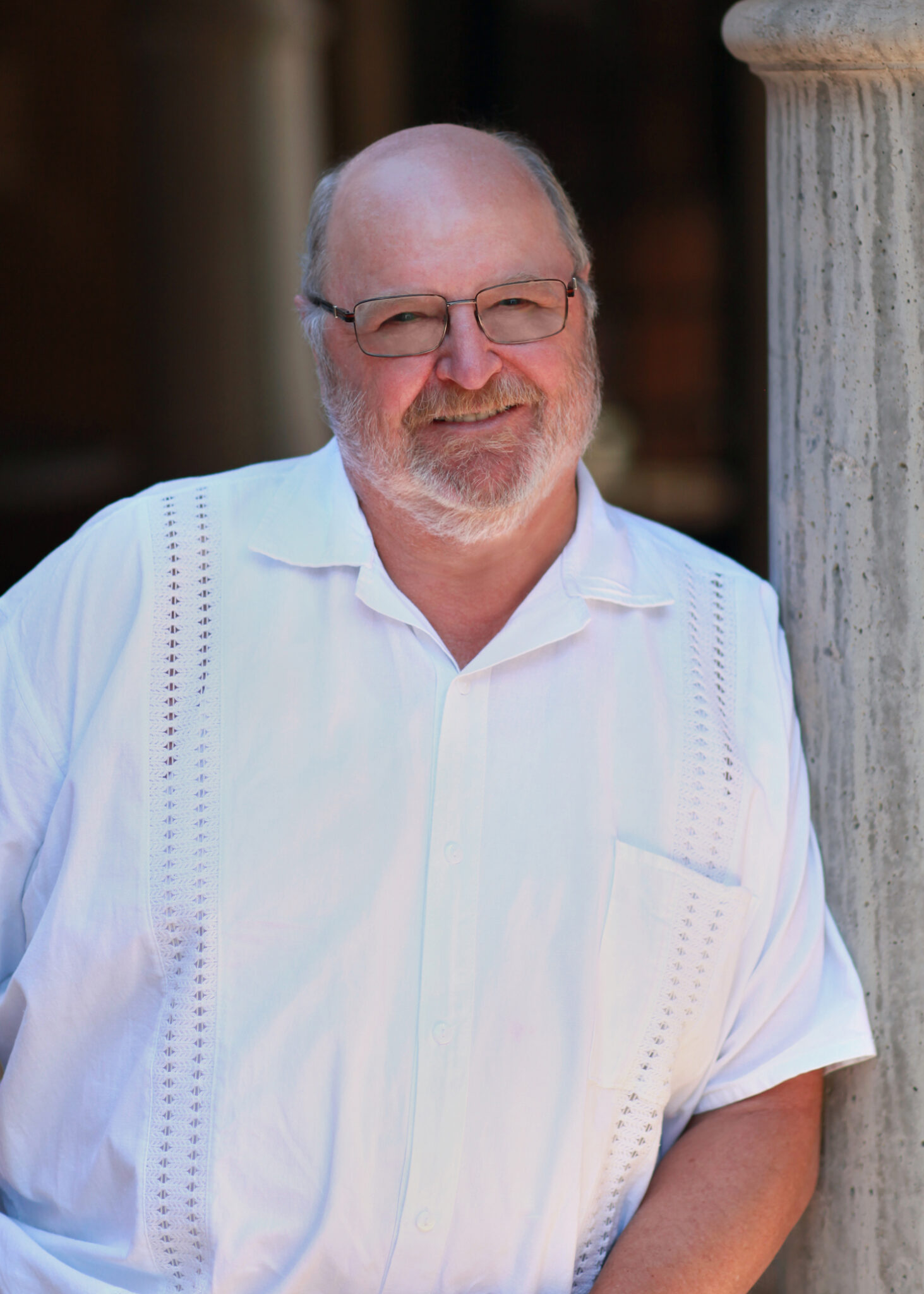 Ted Zagrzebski – Treasurer, Chair of Finance
Ted Zagrzebski is Treasurer for Voices for CASA Children. Ed was a Board member for a number of years beginning in 2013. After a brief hiatus, Ted rejoined the Board in 2020. Prior to moving to Arizona, Ted served on the Board for CASA of Northeast Tennessee for four years. He is personally driven to give children a voice in the court system to ensure that their best interests are taken into consideration during trying times for their families. Retired for 35 years, Ted worked in the corporate environment, most recently as corporate controller of Highway Technologies, which was part of United Rentals. Prior to his corporate career, Ted served in the U.S. Navy for six years. Ted enjoyes golfing, in addition to creating wood carvings of animals and caricatures.

George Turner – Board Member
George Turner joined the VOICES Board in 2018 after learning about the organization and meeting Board members at Statewide CASA Support Council meetings. He currently also serves as Governing Board President for Navajo County Friends of CASA and divides his time between his Pinetop and Scottsdale homes. George and his family retired to the Pinetop area after a 33-year career with Motorola Inc., which included assignments in the Phoenix area, Chicago, and Seoul, South Korea. He has always been interested in the education and welfare of children, and served on the Board for Blue Ridge Unified School District for ten years, including seven years as its President. George and his wife, Liz, have two grown daughters both living and working in the Phoenix area. George enjoys most sports, is a semi-serious golfer, an avid reader, loves cars and motorcycles, and enjoys traveling. 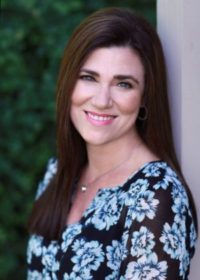 Kristine Reich – Board Member
Kristine Reich has served on the VOICES Board of Directors since June 2017. Her passion to participate in the child welfare system in Arizona spans many years working as a social worker, mediator, and law professional. In previous years, Kristine developed the fundraising dance-a-thon, Boogie in Blue, to benefit Prevent Child Abuse Arizona and Voices for CASA Children, and to celebrate the National Child Abuse Prevention Month. Kristine is formerly the statewide Director of Training for what is now the Child Welfare Training Institute at the Arizona Department of Child Safety and the Director of Adoptions for Aid to Adoption of Special Kids (AASK). She currently practices law and is the principal at Restorative Law & Mediation PLLC, specializing in mediation, collaborative divorce, and family and juvenile law matters. Beyond practicing law and serving on the Board, Kristine owns and operates Eutopia Fitness and Dance LLC, a fitness-inspired dance studio in North Scottsdale.

Carolina Grimaldo – Board Member
Carolina Grimaldo joined the Board at Voices for CASA Children in January 2020. A graduate of Arizona State University with a Masters in Social Work, she is also a 2010 Alumnus from the Hispanic Leadership Institute. While pursuing her education at ASU, Carolina coordinated the Girl Scouts Beyond Bars program with the Arizona Girl Scouts Pine Cactus Council for nearly a decade, which served girls whose mothers were incarcerated. This provided an opportunity for mothers and daughters to continue to strengthen their relationships.  Following her academic pursuits, Carolina has worked in multiple child advocacy roles, witnessing firsthand the trauma and barriers children face when they are removed from their homes.  Carolina’s goal is to ensure children are safely reunited with their families or  placed in a loving home. She is currently a School Social Worker for Edison Elementary in the Phoenix Elementary School District #1. 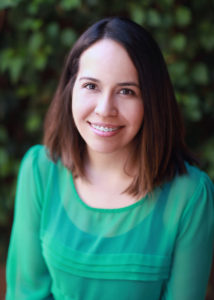 Mary Ramirez – Board Member
Mary Ramirez joined the Voices for CASA Children Board of Directors in 2014. 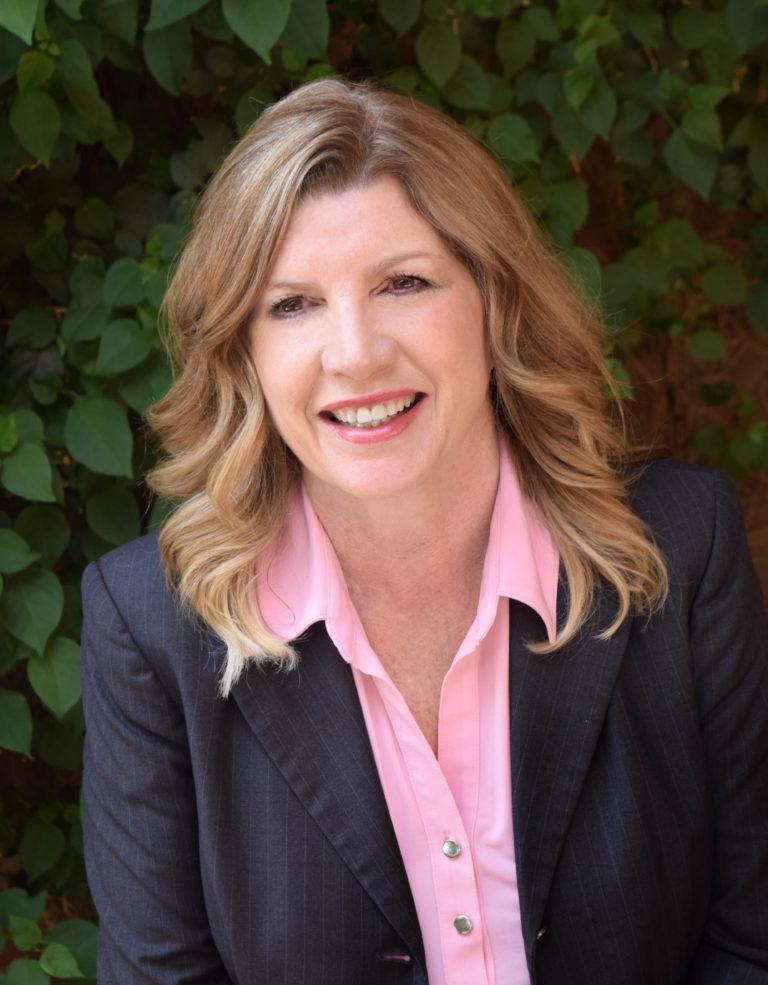 Robin Pearson – Executive Director
Robin Pearson is the Executive Director, a founding member and the prior Board Vice President of Voices for CASA Children. She began as a volunteer child advocate in 2010 for the CASA of Maricopa County program and believes every child deserves a chance to thrive. Robin’s background as a corporate executive for EDS and America West Airlines prepared her to bring the business and collaboration skills needed to grow the community of support for children in foster care. Robin grew up in Scottsdale and has three grandchildren. 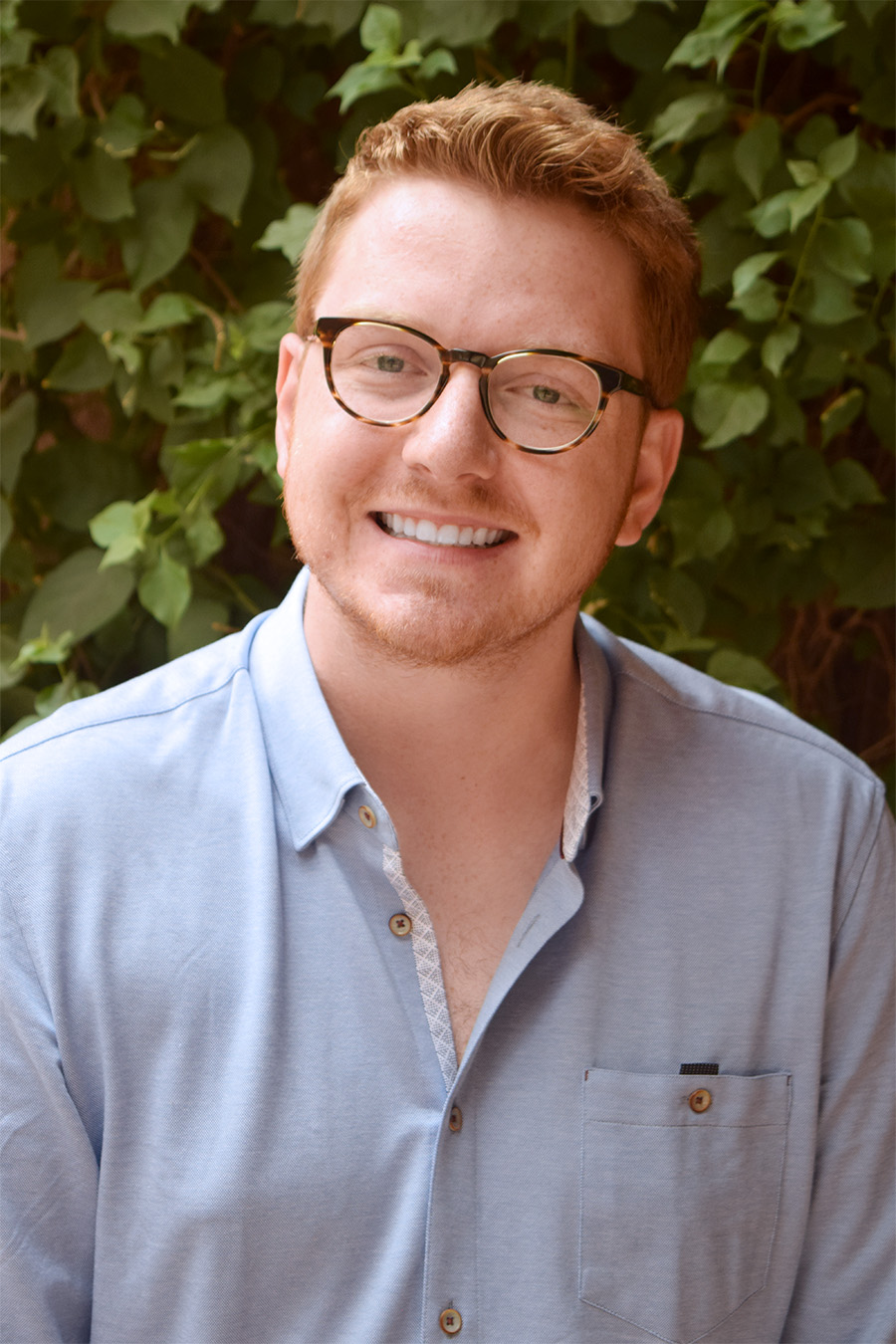 Austin Truitt – Development Specialist
Austin is the Development Specialist at Voices for CASA Children. He was born and raised in Littleton, Colorado, before coming to Arizona to attend Arizona State University. Austin graduated from ASU in 2018 with a degree in Interdisciplinary Studies and a certificate in Marketing and Sales Essentials. During his junior and senior years, he was the Development Chair for Camp Kesem at ASU, a non-profit organization that supports children who have had a parent with cancer. To gain experience in a different field, in the summer of 2018, Austin performed marketing work for C-IN, a congress planning agency located in Prague, Czech Republic. In his free time, Austin likes to attend concerts and music festivals with his friends and family. His favorite quote is “A few people of integrity can go a long way.” 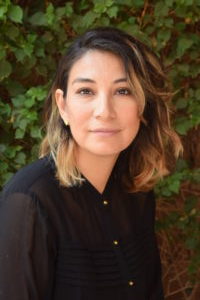 Brenda Leon – Volunteer Coordinator
Brenda joined the Voices for CASA Children Team in June 2018 as the Outreach Support Specialist. An Arizona native, Brenda has a background in Psychology from Arizona State University and brings eight years of experience working with adolescent girls at Florence Crittendon in the heart of Phoenix. At Voices for CASA Children, she is passionate to serve Arizona’s youth by way of helping community members apply to become Court Appointed Special Advocates. Brenda additionally plays a critical role coordinating the VOICES Volunteer Program. Outside of the office, Brenda spends her time with her husband and four children. 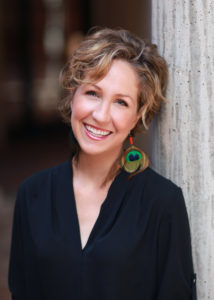 Christine Slomski – Marketing & Public Relations Manager
Christine Slomski is the Marketing & Public Relations Manager for Voices for CASA Children, bringing with her more than a decade of marketing communications experience across a variety of industries between Arizona, Colorado, and Washington State. Before joining the VOICES staff in January 2017, Christine volunteered for the annual Jingle & Mingle event in December 2016. Christine is an Arizona native committed to helping the Greater Phoenix community thrive in health and well-being programs that support women and youth. Outside of VOICES, Christine is a lifetime learner who seeks to educate herself and others about the pillars of health and well-being. 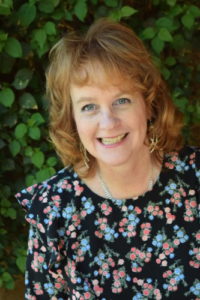 Diane Gardner – Child Enrichment Manager
Diane Gardner joins the Voices for CASA Children team with great enthusiasm, filling the role of Child Enrichment Specialist. Diane retired from a 34-year career in technology, most recently serving as the Chief Information (Technology) Officer for the City of Mesa. Having volunteered for a variety of non-profit organizations during her career, she is delighted to be able to focus her time on VOICES’ critical mission in support of Arizona’s children. Her family holds a healthy non-profit track record and sense of altruism as well: Diane’s husband of more than 35 years and her oldest daughter each serve in non-profit organizations, and her youngest daughter currently practices veterinary medicine in the Valley. Diane loves planning traveling adventures for the family and holds the title of Chief Party Planner (CPP)! Outside of coordinating Child Enrichment opportunities, Diane spends time with her granddaughters and creatively “attempts” in all things crafting. Originally raised in Wyoming, Diane and her family happily call Arizona home. 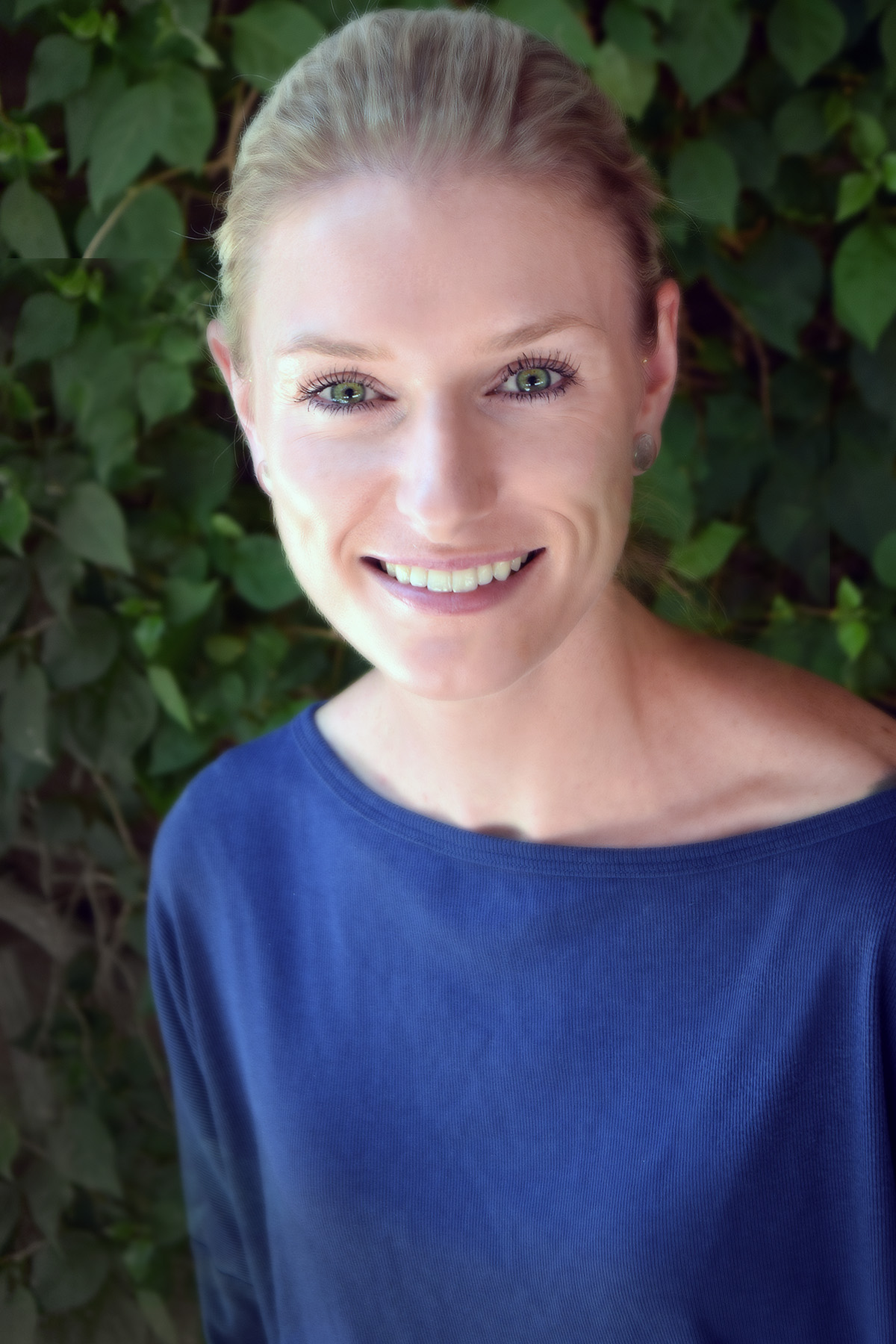 Kate Campbell is the Education Manager at Voices for CASA Children, bringing with her substantial knowledge and experience from a variety of backgrounds all related to child welfare and trauma-informed care. Formerly as a case manager assisting foster youth who had experienced trauma, Kate pursued studies at The Chicago School of Professional Psychology where she obtained her Master of Arts in Psychology followed by certification as a Clinical Trauma Professional through The International Association of Trauma Professionals. In her role at Voices for CASA Children, Kate also brings her experience as an education specialist and behavioral specialist to expertly coordinate learning opportunities that support Court Appointed Special Advocates in their mission. Complimenting her position, Kate is also an adjunct faculty member specializing in both trauma and resilience in educational settings as well as psychology.

Lawrence Falvey – Program Manager
Lawrence Falvey first began volunteering for Voices for CASA Children as early as 2015. A Court Appointed Special Advocate (CASA) volunteer of Maricopa for several years, Lawrence brings with him a wealth of knowledge and insight as an advocate and community member. 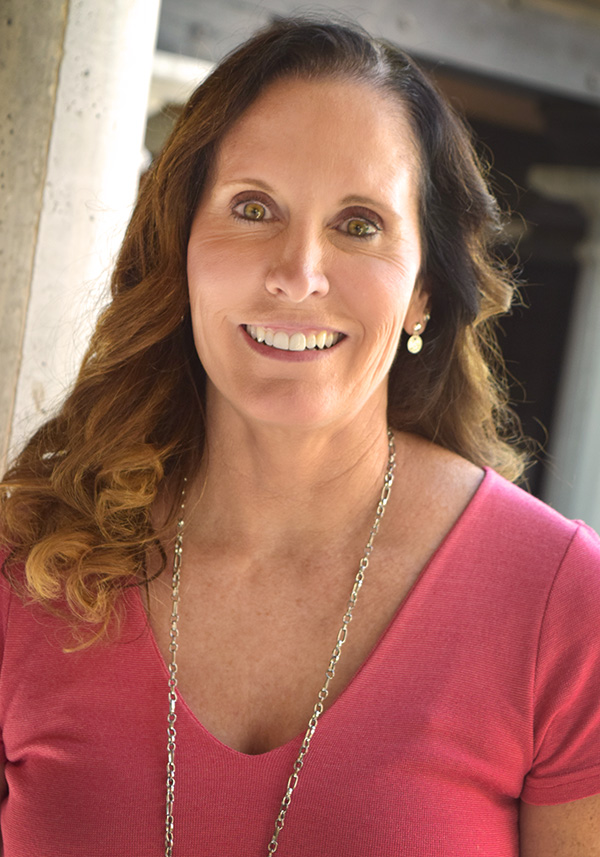 Tiffany Hunter – Child Enrichment Specialist
Tiffany Hunter joins the Voices for CASA Children team as a Child Enrichment Specialist. Tiffany is a native to Arizona and graduated from Arizona State University, Sum Cum Laude with a Bachelors in Social Work. Tiffany has been a CASA for six years. For the past 20 years, Tiffany has been hosting  and producing a local television program, The Home Hunter, on ABC-15 with her mother. Tiffany has been volunteering at her two sons’ schools throughout the years as well as other nonprofits around the Valley. Tiffany is excited to be a part of the VOICES team to help with Child Enrichment! Outside of VOICES, Tiffany enjoys traveling, playing volleyball with her husband and spending time with her family.