Meet the McConnells, Where Love Is Everything 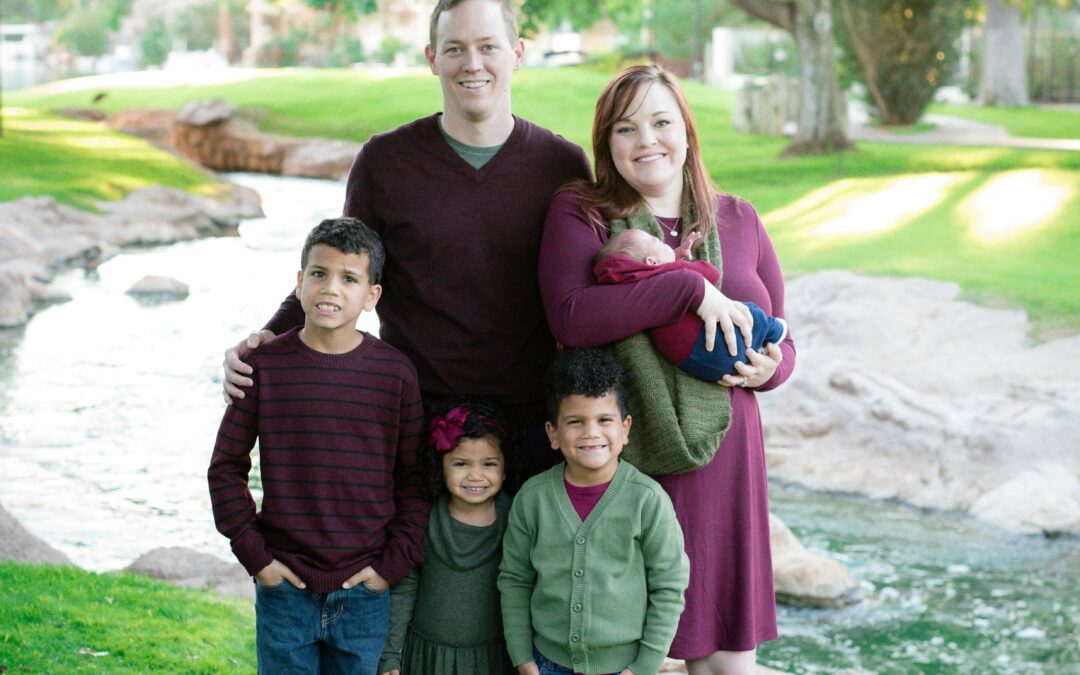 With a heaping cup of compassion and the help of “The Village”, the McConnell Family is evidence of the healing power of love in the lives of youth who need it most.

Sean McConnell is a web designer by profession and an Arizona sports fan by heart. He is also part of the two man team at Kazual Sports Radio Network, an Arizona-based radio station that exists to bring a community voice into the local sports scene as well as be a force for good in the Valley. Aside from the hustle of social media, radio shows, and web programming, Sean is a husband and also a father to three adopted children, a foster child, and two pups. It’s no doubt he and his wife have their hands full with careers, kids, and “fur babies” to tend to!

But Sean’s story is far from average when it comes to fatherhood and raising children.

“We were one of the first in our friend-group to get married, and the first to start a family.” Three years after Sean and his wife, Alex, said “I do”, they decided to look into adoption.  “We realized there is such a need for children without families to have a permanent, safe space. So, we looked toward adoption. When we saw that children out there are hurting, especially children with unique needs, we believed we could do something. We chose medically complex cases because they are typically the kiddos that are left behind. We want to make sure that these kids are given the best chance at a normal life. Love can be very healing.”

Sean and Alex began their adoption journey in 2015 with baby Ezaylea. Soon after, her brothers Ethan and Elijah joined the McConnell Family through the adoption process. And soon after that, a baby boy joined as a foster placement. It’s a full house, to say the least, with daily opportunities to utilize the help of a village. All four of the siblings experience varying degrees of emotional and mental challenges, such as high functioning autism, post traumatic stress disorder, and potential for schizophrenia.

“Because of the trauma in early childhood, they’ve needed so much special attention. My wife Alex holds a masters in psychology with a minor in family & human development. She has training in the behavioral health field, which has helped a lot. Our families rallied around us, too. Our parents took them on as their own. It has definitely taken the support of a village to make this happen,” says Sean. “We joke that some days it’s like intercepting a tornado in our living room with our bare hands. But it’s all worth it. If it wasn’t for us, these kids would be somewhere else.”

Sean’s advice for assisting children in need, or making the jump to adoption? “Start small,” he says. “There’s no training that can truly prepare you for it, so open your arms to something small. Take everything one bite at a time, then hold on when it’s a roller coaster; it’s so rewarding! There’s nothing better or greater than seeing something like the help of a village come out to help these kids. There are so many resources out there, you just have to look for them. No baby is perfect; but every baby deserves love.

“Our family–we’re all so different and so similar in many ways. Once these children received services and they help they needed, they were able to accept and give love; it was a huge relief! Now I have these little goofballs, each with varying degrees of sarcasm. They love being active and playing sports (we’re big Arizona sports fans, of course!). We make it a point to spend time that way.”

Sean and Alex’s story holds the essence of service, heart, and the power of community. Similar to the McConnells, Voices for CASA Children believes that it takes a Village to raise our youth. Everyone can do something, be it foster, adopt, advocate, mentor, donate. Interested to learn more about being a voice for an abused or neglected child? Begin the journey by attending an Information Session via the Events page.